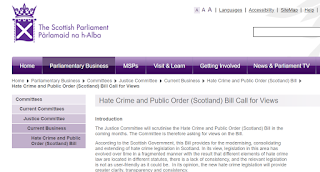 I am writing on behalf of the Fellowship of Independent Evangelical Churches – a network of churches across Scotland (stretching from Dumfries to Lerwick) and representing over 50 local church leaders.

We would be grateful if the following comments and concerns on the above Bill were taken into account by the Committee.

Shared values
The desire to protect the dignity of every Scottish citizen is one that we wholeheartedly support – indeed the value and sanctity of every human life is one of our core Christian convictions. In this regard we support the Bill’s intent to guard individuals from abuse, harassment and any diminution of their basic human rights through malicious communications.

Concerns
However, we are very concerned that the Bill as currently drafted could have detrimental effects on the most fundamental human right of all – Freedom of Speech.

The Committee will be aware that this concern is shared by both religious and non-religious people across Scotland– including the National Secular Society, many in the media, the arts, academia and politicians on all sides. In adding our voice to these many others, we would highlight the following…

1.      The omission of a Free Speech Clause on Transgender issues.
We welcome the inclusion of Free Speech clauses to protect ‘discussion or criticisms of religion or religious beliefs or practices, proselytising, or urging of persons to cease practising their religions’, and the ‘discussion or criticism of sexual conduct or practices or the urging of persons to refrain from or modify sexual conduct or practices’ (Sections 11 & 12).

Such freedoms should not and need not be detrimental to any individual but are hallmarks of a free society in which all ideologies, viewpoints and truth-claims are open to reasonable challenge, critique and questioning.

We are therefore puzzled and concerned that a similar provision is not included in the Bill to cover such discussion or criticisms that may arise around Transgender issues. This is a subject of potentially enormous consequence for many people (including children) and thus one where expression of alternative viewpoints is all the more important to allow.

We would therefore request that a clause to protect ‘discussion or criticisms’ in this area is put into any legislation going forward.

2.      Use of vague terminology
The Bill seeks to criminalise ‘stirring up’ or the likelihood of stirring up ‘hatred’ (3.1.b.ii.). Such wording seems very hard to define especially in a culture where disagreement is all too often branded as intolerance or even bigotry. Thus there is real potential for such ‘open’ terminology to be misused by groups or persons simply wishing to close down the rights of others to express opinions.

We would therefore request that such vague and subjective wording is removed from the Bill.

3.      Creation of a new ‘Blasphemy’ Law
We have no issue with the proposed abolition of the redundant Blasphemy Law (unused since 1843). We believe in the free expression of opinion and ideas – even where those opinions and ideas might be disagreeable to our own beliefs.

Legislation already exists to protect every citizen from harassment and personal vilification. It is right that those are applied and that the Police and Courts protect people accordingly.

However, the current Bill seems in danger of creating categories of ‘secular blasphemy’ in which certain beliefs and their adherents are privileged with special protections. As a consequence we fear that many aspects of the proposed legislation will become not a tool to protect vulnerable people – but a tool to oppress and silence unpopular or inconvenient viewpoints in society.

Conclusion
As Christians know all too well (often having been the ones at fault) you cannot bind the human conscience or supress the voices of fellow citizens without great cost. It is good, although not always comfortable, to live in a society that allows every belief-system (however cherished) to be openly and robustly critiqued. History has shown that the alternative, however well intentioned, does not ultimately soften hearts or attitudes but instead leads to the incubation of fear and resentment.

Thus we would ask that every effort is made to revise the Bill in order to ensure that Freedom of Speech is robustly upheld for all citizens.

With grateful thanks for the work of the Justice Committee. 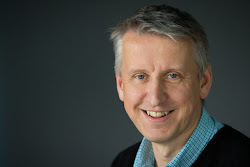 Ministry news and musings. I served in full-time local church ministry for 9 years prior to which I trained at Oak Hill Theological College in London. I currently serve a family of churches as FIEC's Scotland Director.